The most pressing question that my clients’ want answered when they are charged with a crime is “how much trouble am I in?” Naturally, everyone wants to know if they are facing a jail sentence, and for how long.

Nearly every felony charge in the state of Oregon falls within an individual “box” on Oregon’s Felony Sentencing Guideline grid. Each box will represent a specific amount of days of jail or prison and an accompanying length of supervised probation. See below. 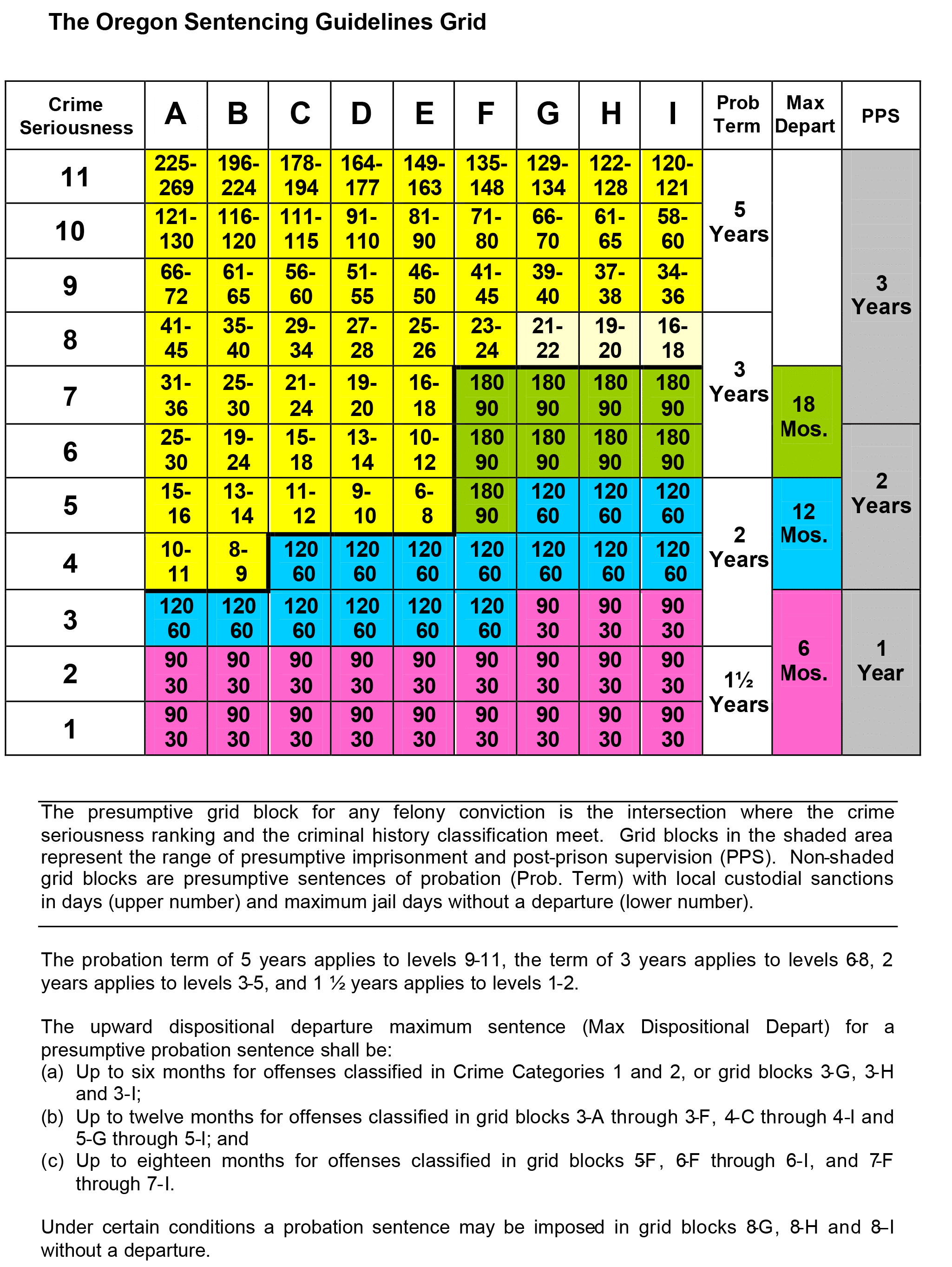 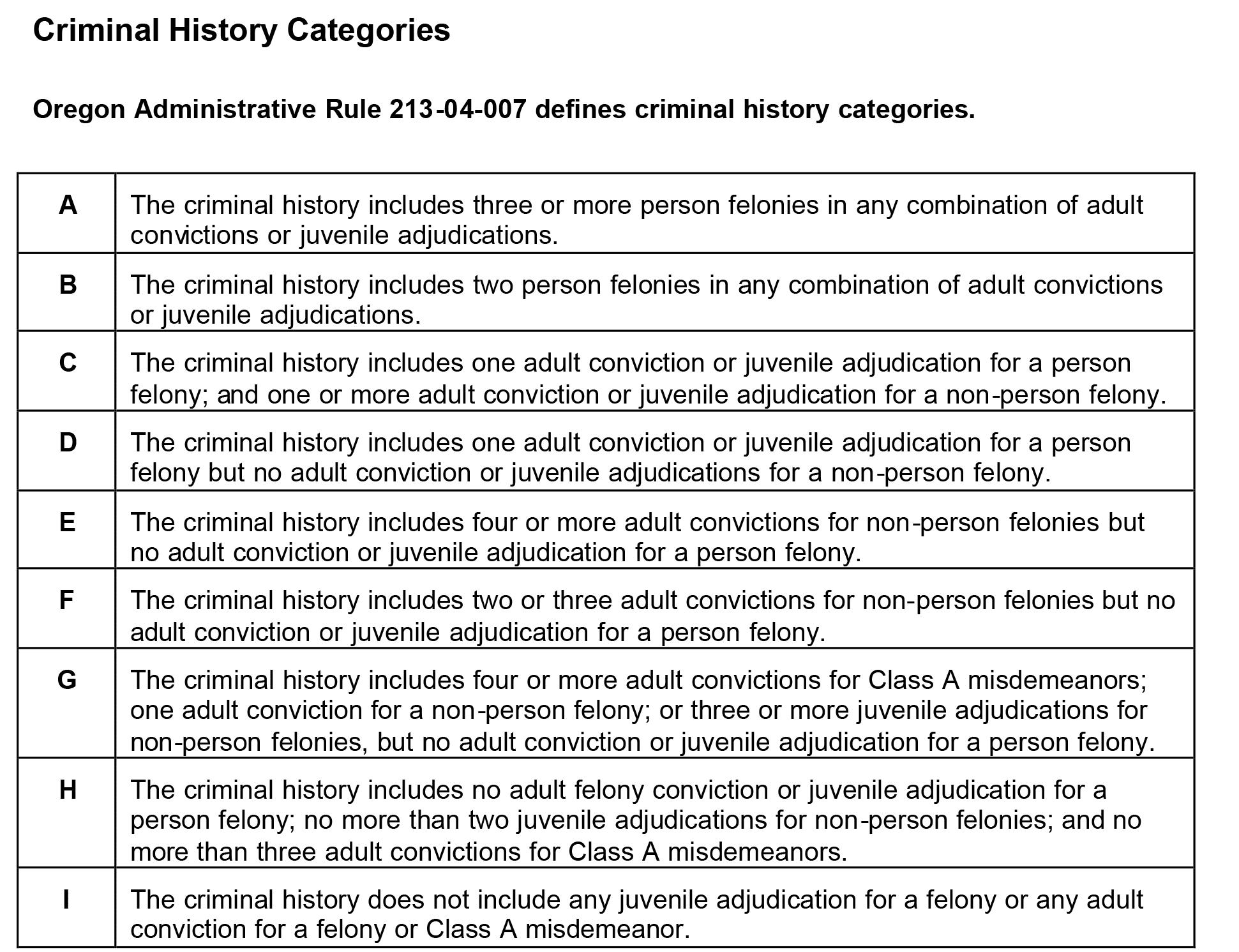 The “grid” was signed into law by Governor Goldschmidt in 1989. The creation of the grid has been amended many times since its creation, but it remains largely the same as when it was created. The primary purpose for creating the grid was to limit the disparity in sentences for similar offenders and similar crimes. In normal English, this means that the grid was implemented to create some uniformity in sentencing so that offenders with similar criminal histories would receive similar sentences.

The two factors that will determine which box a sentence falls in are:

If the offender has no criminal history then their sentence will fall much farther down on the grid. Conversely, an offender that has violent felony convictions on their record should receive a far more serious sentence.

Notice that the grid has a large bold, jagged line across the middle of it. If a sentence falls below the line then the sentence will be a local jail sentence of between 10 and 30 days. A sentence above the line represents a number of months of prison.

A couple of interesting implications of the grid are: